Emotional aspects of a Hypospadias

01. Am I responsible for the hypospadias of my son?

No, you are not responsible for the hypospadias of your son.

To date, the exact causes of this disorder have not been found out: many factors are suspected. Today’s research focuses on molecular and genetic factors, the role of hormones, and even harmful environmental factors during sexual development of the fetus are being considered.

Whatever the cause, accept the hypospadias of your son as the result of several factors beyond your control. Do not seek the blame or responsibility of being a parent.

02. When and how should I talk to my son about his hypospadias?

Unfortunately, there is no perfect time or “golden” way to talk to your son about hypospadias. The way it depends on the maturity of your child and how easy you personally find it is to talk about intimate things. Adjust the conversation to your son’s stage of development and include the circumstances.

Some parents may be worried that discussing the hypospadias with their son may cause problems, as this conversation will also address some physical differences with other boys. In fact, an open conversation is a very good way to dispel feelings of shame or embarrassment, especially in such an intimate matter.

When the child sees that the parents are willing to talk openly about the topic, they learn to express their feelings in words. Honesty on the part of the parents will help the child to understand that the topic can be discussed openly, without embarrassment, and without this remains an unspoken secret.

By understanding as a parent and dedramatizing the situation, the child gets the confidence to build relationships with other people without feeling ashamed or being embarrassed.

03. Should I talk to my son about his hypospadias, even if I have decided to make an operative correction?

This is a controversial topic: Some authors believe that there is no need for an educational conversation in children whose hypospadias surgery has taken place in the first year and a half of life and the result is good, both functional and cosmetic. Except, of course, the child asks on its own. In any case, parents should always be prepared to give their child appropriate answers to their questions.

Children whose results of surgery are less satisfactory, or who have undergone several complicated operations, need to know more about their condition.

However, some psychologists believe that an operation can only correct the external “flawed” appearance – it can not erase the memory of the parent of the condition that made the operation necessary. The hypospadias, although surgically corrected, is part of the child’s existence.

04. Can my son have a normal (sexual) life without any psychological damage after surgery?

Here we have to distinguish between the different degrees of hypospadias:

Patients in the severe proximal hypospadias group who have undergone difficult complex operations, inter alia, have a connection between the severity of complications and dissatisfaction with the outcome, as well as disappointment with sexual performance.

Patients with severe forms of proximal hypospadias, small penises and possibly other genital abnormalities are classified as “intersex patients”.

Emotional satisfaction in intercourse is particularly difficult to assess, and uncontrolled studies are not credible.

Many teenagers without genital anomalies who discover their sexuality have fears that are perfectly normal and are part of a teenager’s development. However, if there is a genital anomaly, it is thought to be the cause of these fears. In other words, it is difficult to know if a teenager’s fears about sexuality are related to hypospadias or not.

Regarding episodes of sexual activity, number of sexual partners, sexual problems and libido, there are no significant differences between men with successfully operated hypospadias and men without hypospadias. Similarly, there are no major differences. age at first sexual intercourse, also in comparison with established social norms.

The size of the penis can cause dissatisfaction. Generally, penis size is often the source of anxiety in many normal adult men. There are only a few studies that shed light on the relationship between penis size and sexual satisfaction. Some studies have found that micro-penis patients have sexual intercourse with satisfactory satisfaction, but their opinions have not been taken.

For an accurate assessment and evaluation long-term studies are necessary. For hypospadias patients this means 20 to 40 years of follow-up. The problem that arises today is that 30 to 40 years ago surgical techniques were common and are no longer practiced today. This means that long-term studies started at that time no longer have much value today.

Some of these long-term studies are based on interviews with patients who had the hypospadias operation a few decades ago and show that certain psychological and psychosexual problems can be caused by hypospadias, mostly through the personal perception these patients have of their own genitals.

A common complaint is the lack of information and post-operative follow-up that may affect the lives of some patients to the same extent as aesthetic or functional factors. Educational support would help patients accept the hypospadias and come to terms with it. This would avoid many potential problems and this would lead to a better psychological and sexual attitude later in life.

05. Who can help me in this situation?

Many parents of children with hypospadias often feel left alone and stigmatized and often unable to handle the situation. The intimate sexual nature of this condition implies that hypospadias are rarely discussed in public, and the limited material available is hard to come by and mostly written for medical professionals.

A very helpful support is the contact with other concerned parents. Thanks to the electronic media of today, it is no longer a problem to get in contact with other stakeholders via the Internet. There are already hypospadias and forums that bring parents together in many countries. They share experiences, talk about worries and fears, and write about feelings that you experience through time. This often reduces the isolation that parents often feel. Reading or actively participating in one of these groups helps a lot. You see, they are not alone and there are similarities, you feel understood and accepted.

Of course, support from a psychologist / psychiatrist or sex therapist may be helpful in overcoming problems of inacceptance or insecurity caused by hypospadias. 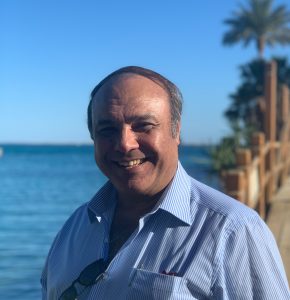 General knowledge and information about hypospadias.

Do you have any further questions about our range of services?