The meatal-based flap technique of Mathieu is the most popular technique for distal hypospadias repair and has withstood the test of time. However, the major drawback of the original Mathieu technique is the final appearance of the meatus (a smiling meatus that is not very terminal). The Slit-like adjusted Mathieu (SLAM) helps to employ the Mathieu operation in all forms of distal hypospadias and gives a terminal, slit like meatus. This will include about 70 to 80 % of patients with hypospadias. The only contraindication is the presence of severe chordee distal to the hypospadiac meatus (very rare in distal hypospadias).

Complications: Fistula occurs in 2 – 5 % of patients.

The lateral Based Onlay (LABO) flap may be used in proximal hypospadias without deep chordee that requires division of the urethral plate to straighten the penis. It is of particular value in patients with small glans. The principle is to use the lateral penile skin as well as part of the prepuce to reconstruct the new urethra. It has the advantages over the classic lateral based flap of less complications, only one catheter through the penis for one week and less hospital stay (8 days after surgery).

Complications: 5-7 % in the form of fistula, glans dehiscence or skin prolapsed from the meatus.

Fig 10: The lateral based Onlay (LABO) technique for proximal hypospadias

The lateral based flap may be used in all types of proximal hypospadias This flap with double blood supply, combines the advantages of meatal-based flap, and preputial pedicle flap techniques into one procedure without the need for an intervening anastomosis. It also allows for extensive excision of ventral chordee and the urethral plate (if necessary) without damaging the flap.

Complications: Fistula occurs in 6 – 12 % of patients. Penile rotation may occur if the pedicle is not mobilized down to the root of the penis.

Latest News on Your Doctor's Blog 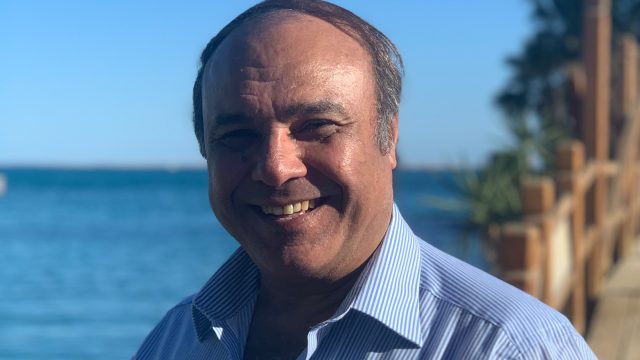 FOR DOCTORS – PART I Incidence One in 125 boys has hypospadias. In the United States a study reported that hypospadias was the most common congenital anomaly among whites. The incidence has been rising during the 1970s and 1980s. Classification Anatomic classification of hypospadias recognizes the level of the meatus without taking into account curvature. A more recent classification was described. This classification indicates the site of urethral meatus (before and after chordee correction), the prepuce (incomplete or complete), the glans (cleft, incomplete cleft or flat), the width of urethral plate, the degree of penile rotation if present and the presence of scrotal transposition (Fig. 1, 2). Using the general classification (Fig. 4), surgeons are able to conduct multi-centre studies to evaluate different techniques of repair. Fig. 1: Classifications of hypospadias, according to location of meatus into 4 grades Fig. 2 a – c: Classification of glans configuration in hypospadias. a. Cleft glans. There is a deep groove in the middle of the glans with proper clefting; the urethral plate is narrow and projects to the tip of the glans. b. (b) Incomplete cleft glans. There is a variable degree of glans split, a shallow glanular groove and a variable […]

FOR DOCTORS – PART II Fig. 5 Different tissues used for correction of hypospadias Although the penile repairs can be grouped into 8 major principles, depending on the tissues used, each has been subject to countless variations as one surgeon after another adds yet another modification to an already thrice-modified variation of a procedure adapted from a principle derived from the original. To correct hypospadias and achieve a terminal meatus, one may use one of the following basic principles or tissues: Urethral mobilisation a. Double Y Glanuloplasty (DYG) by Hadidi 2010. b.Urethral mobilisation first described by Beck and Hacker (1897). c. MAGPI described by Duckett (1981, midline vertical incision closed transversely and mobilization). d. M configuration by Arap (1984), a modification of MAGPI by placing two sutures on the ventral edge. e. UGPI modification of MAGPI by Harrison and Grobelaar (1997) by having a V-shaped incision around the original meatus, and having deep glanular wings before urethral advancement and upward rotation of the glanular wings. Skin distal to the meatus [A] Use of ventral skin distal to the meatus to reconstruct a completely epithelialized neo-urethra a. Lateral Baed Onlay Flap (LABO) by Hadidi 2012 b. U-shaped incision as first described […]

FOR DOCTORS – PART III Fig. 6 a – d: Use of ventral skin distal to the meatus to reconstruct a partially epithelialised neourethra: (a) Duplay incomplete urethroplasty (1880); (b) Denis Browne technique (1949); (c) hinging of the urethral plate (Rich et al. 1989); (d) Snodgrass TIP urethroplasty (1994) [A] Combined use of prepuce and the skin distal to the meatus a. Lateral based flap (LAB) by Hadidi (2003, modified 2009). b. Lateral oblique flap from the side of the penis suggested by Hook (1896). c. One stage repair for proximal hypospadias by Broadbent (1961). d. Parameatal foreskin flap described by Koyanagi (1983). e. Yoke repair described by Snow (1994). [B] Scrotal skin (not recommended for fear of hairy urethra) a. Bouisson (1861) was the first to use scrotal skin for urethral reconstruction. b. Rosenberger (1891) used scrotal tissue for urethroplasty and buried the penis in scrotum. c. Rochet (1899) used a large scrotal flap for total urethroplasty. d. Lowsley and Begg (1938) constructed a long urethral tube from scrotum. e. Beck (1897) suggested Duplay type of urethroplasty and used a rotation flap from scrotum for coverage. f. Cecil (1946) used a modification of Rosenberger operation following reconstruction of the […]

FOR DOCTORS – PART IV Grade II or Distal Hypospadias: “The Slit-like adjusted Mathieu (SLAM) Technique” The meatal-based flap technique of Mathieu is the most popular technique for distal hypospadias repair and has withstood the test of time. However, the major drawback of the original Mathieu technique is the final appearance of the meatus (a smiling meatus that is not very terminal). The Slit-like adjusted Mathieu (SLAM) helps to employ the Mathieu operation in all forms of distal hypospadias and gives a terminal, slit like meatus. This will include about 70 to 80 % of patients with hypospadias. The only contraindication is the presence of severe chordee distal to the hypospadiac meatus (very rare in distal hypospadias). Operative steps: The boundaries of the urethral plate are outlined. A U-shaped incision is outlined. The two parallel incisions at the glans region start along the true mucosal urethral plate to have large, wide glanular wings. At the distal end, the two incision converge as shown to have a slit-like meatus and to avoid having sutures at the meatus. The two lateral incisions diverge near the meatus to produce a wide flap. Fig 1b.: Flap mobilisation: Using a sharp scissors, the incision is […]

FOR DOCTORS – PART V Tubularized Incised Plate Urethroplasty (TIP) The Tubularized Incised Plate repair (Snodgrass 1994) is based on the assumption that midline incision into the urethral plate may widen it sufficiently for urethroplasty without stricture. Many centres report excellent results with this technique. There are two important criteria to achieve good results: the urethral plate should not be less than 1 cm wide and there should be no distal deep chordee. The technique has gained popularity because it is easily performed, with few complications and results in a slit like meatus. The importance of regular dilatation is still controversial. Operative steps: A traction suture is placed in the glans just beyond the anticipated dorsal lip of the neomeatus. A circumscribing skin incision is made 1 to 2 mm proximal to the meatus and the shaft skin is degloved to the penoscrotal junction. If a portion of the native urethra is excessively thin, however, a “U” shaped incision is made extending to more healthy tissues. The urethral plate is separated from the glans wings by parallel incisions along their junction. A tourniquet placed at the base of the penis provides better visualization of the operative field. The glans wings […]

FOR DOCTORS – PART VI Two Stage repair A small group of patients with severe proximal hypospadias, chordee, and a small phallus as well as patients with recurrent hypospadias and fibrous unhealthy skin may benefit from a two-stage procedure (Fig. 10). In the first stage, a circumferential incision is made proximal to the coronal sulcus, the chordee is excised, and the penile shaft is de-golved. Penile straightening and removal of all chordee tissue must be confirmed by the use of the artificial erection test. Fig. 12: Steps of two stage repair: identification of chordee, excision of ventral chordee and plication if needed. Coverage of raw surface with skin graft. Tubularisation in the second operation. The glans is divided deeply in the midline to the tip. The dorsal foreskin is unfolded carefully and divided in the midline. A midline closure is performed, and the midline sutures catch a small portion of Buck’s fascia. The bladder is drained with an 8 French Silastic Foley catheter for approximately 5 to 7 days. If there is inadequate genital skin available, buccal mucosa or rarely bladder mucosa may be used. The buccal mucosa is harvested from the inner surface of the cheek or the inner […]